Every end makes for a new beginning...

While FH now has ended, the world which Fox and Collin are a part of lives on in my new comic, Other People's Business! They, and others you may know, will appear at one point or another.

You can also join The Snakewife's Forum, where friendly hostiles from all over the world meet! 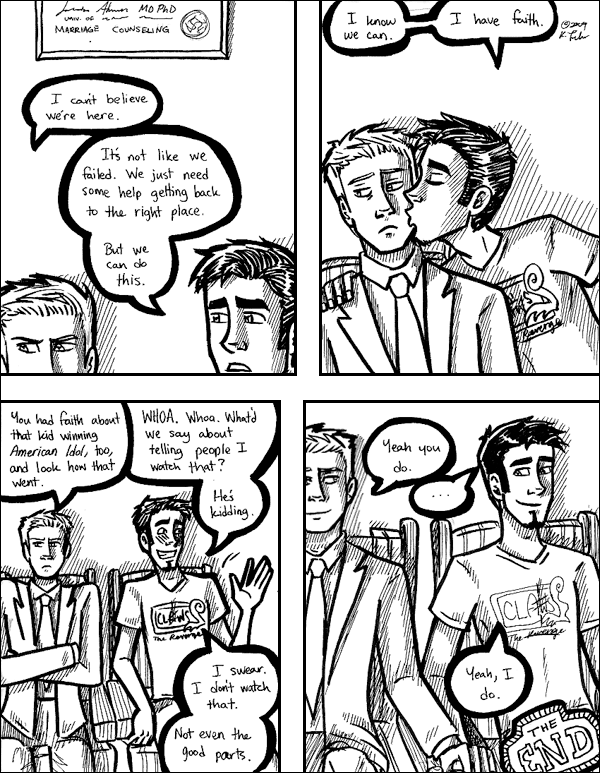 Friendly Hostility is the story of two best friends who happen to be dating each other: Fox, a reporter, and Collin, a megalomaniacal would-be dictator and former kid's show host. They have friends, family, and occasional run-ins with the law, pirates, and other monsters. The comic ended on July 25, 2009.

The world of Friendly Hostility, however, lives on in Other People's Business.